Ladies and Gentlemen,
this year’s Warsaw Autumn will submerge in space and time. In sounds, signs, and symbols. It will allow you to experience their complexity, diversity, ambiguity, and polyphony.

Thrown into deep water, we apparently not only lose weight but become lost. Then, however, we are given deep, intense feeling, real as touch. Immersed in space, we experience it as circles in the water: from inner hearing, corporality, passing through rooms filled with sounds, up to perceiving sounds of the city on the streets. The world resounds in multiple places at once. Immersion in time creates a continuous “now.” We hear echoes of public life, piles of information, history with its pivotal moments and formative social events.

This year’s Warsaw Autumn features concerts, opera and paraoperatic forms, musical shows, installations, performances, actions in public space, meetings with artists, composer workshops, and features of our Festival Internet Radio. We present over 60 composers and authors, with special presences by Elżbieta Sikora, Ash Fure, and Krzysztof Knittel; 31 first performances and premieres, including 18 works commissioned by Warsaw Autumn and featured in the Festival’s three threads: apart from the main one, also Warsaw Autumn Hits the Club and Little Warsaw Autumn, as well as fringe events. Below is a summary of the Festival’s highlights. We look forward to festival meetings with you, especially since they will be taking place physically and not just online. The periscope of Warsaw Autumn’s submarine is lowered, and we immerse in music and sounds for a good nine days.

ABSORPTION. During the opening concert by the Polish National Radio Symphony Orchestra directed by Vincent Kozlovsky and the final concert featuring the Warsaw Philharmonic Choir and Orchestra under Robertas Šervenikas, our listeners will be surrounded by sounds coming not only from the stage but also different parts of the audience. This is not merely an acoustic device, but one that shall bring the above-mentioned “deep feeling” and absorption into music. 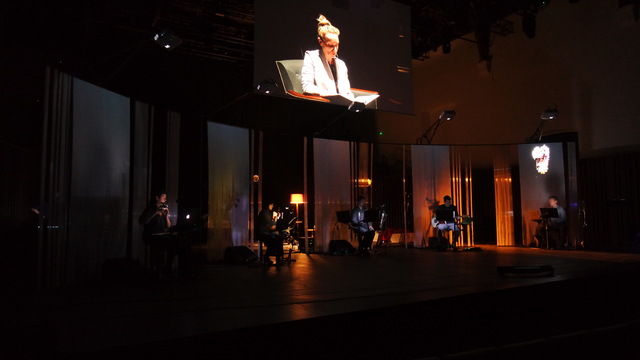 LASTING HISTORY. Immersion in time, history, the position of the individual versus the oppressive political and cultural situation is the background of Pierre Jodlowski’s opera Alan–T. The work reminisces on the fate of Polish cryptologists who broke the German Enigma code before World War II. The opera’s central character is the English mathematical genius Alan Turing, who coordinated the team working on the British copy of Enigma. The opera shall be presented by the Nadar Ensemble and soloists. The work is a coproduction of Warsaw Autumn and IRCAM – Centre Pompidou, SWR Classic – Donaueschinger Musiktage with De Bijloke Music Centre, and was commissioned by Compagnie éOle, IRCAM – Centre Pompidou, and the Philharmonie de Paris. Organised in collaboration with the Adam Mickiewicz Institute.

COMMON DESTINY. History and memory are the threads of Voices, a work by Krzysztof Knittel to poems by Jan Polkowski which refer to the Gdańsk revolts of December 1970. Polish destinies according to Cyprian Kamil Norwid, on the other hand, are the perspective of Elżbieta Sikora’s new electroacoustic work, Norwid’Ellipse, which is close to radio forms. The sound substance of the electroacoustic interludes in Marek Chołoniewski’s Inherence is made up of echoes and moods of social life. These three works together compose an event referring to social and cultural signs and experience relevant to the state of our social identity. Krzysztof Knittel’s work shall feature actors, the Chain Ensemble, and the Warsaw Philharmonic Choir coached by Bartosz Michałowski, the whole directed by Andrzej Bauer. 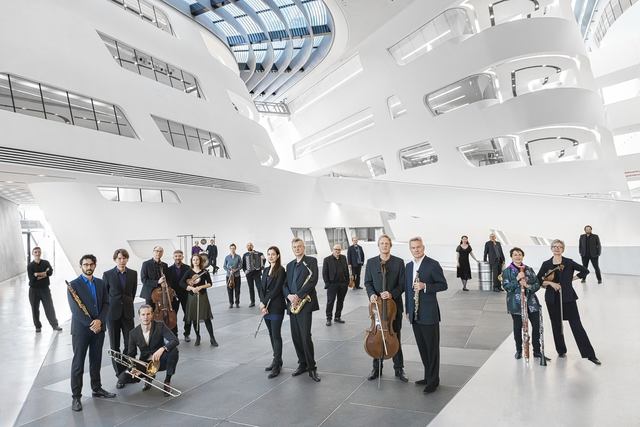 LITERARY ENTANGLEMENT. In the compositions of Aleksander Nowak and Mikołaj Laskowski, real time blends with literary time from the writings of Stanisław Lem. These Polish composers’ works are the fruit of the cooperation between the Adam Mickiewicz Institute and the Klangforum Wien ensemble. The programme also features pieces by Cezary Duchnowski, Lars Petter Hagen, and Olga Neuwirth. Literary contexts are also to be found in The Bunker. Fake opera by Wojciech Błażejczyk, referring to the writings of Franz Kafka but also to today’s hate speech and manipulated information in the public space. is show is directed by Waldemar Raźniak an performed by soloists and the Hashtag Ensemble under Lilianna Krych. 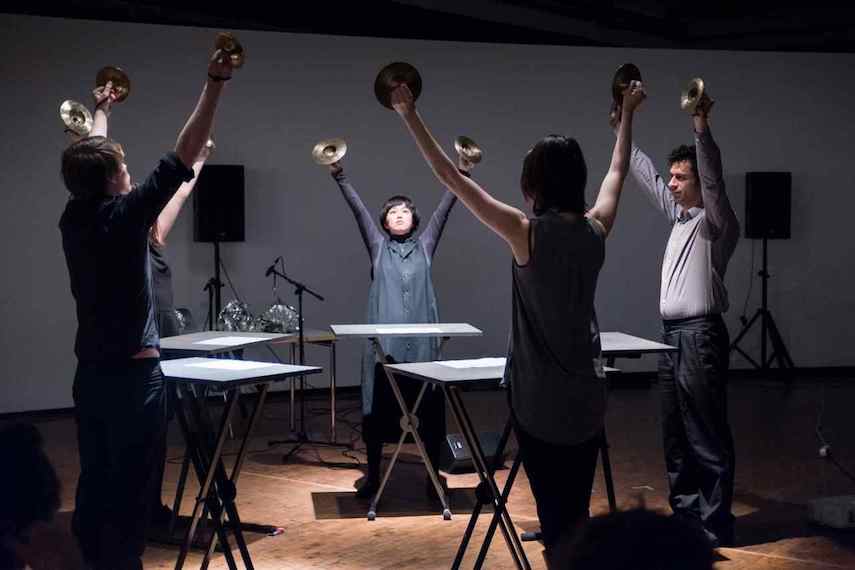 SOUND OBJECTS AND STATES. At this year’s Warsaw Autumn, we showcase non-narrative and objectual forms, encouraging you to stay amongst sounds rather than follow their course. This is notably the case of the hand werk ensemble concert, which enriches its sonority with phonic objects and “electronic objects” in the works of Kuba Krzewiński, Luís Antunes Pena, Sabrina Schroeder, SukJu Na, and Manos Tsangaris, presented in the Warsaw’s new musical space on Rakowiecka St. An hour-long immersion in time and musical microevents is brought to you with Éliane Radigue’s Transamorem – Transmortem in a spatial projection at the ATM Studio. We are thrown into time in the installation The Magic Mountain, or A Pathological Opera by Adam Dudek and Tadeusz Wielecki.

DIVERSITY. For the nineteenth time, Warsaw Autumn features the Polish–German orchestra of the European Workshop for Contemporary Music, specifically young musicians from the Chopin University of Music and Chopin University Modern Ensemble for the second year running. Their concerts include works by Morton Feldman, Matthias Krüger, Monika Szpyrka, and Nina Šenk, with soloists Klaudiusz Baran and Eva Resch, directed by Rüdiger Bohn. After a few years of effort—extended by the pandemic—we have the pleasure to host the JACK Quartet with the first performance of Aleksandra Gryka’s quartet emptyloop as well as works by Clara Iannotta, Helmut Lachenmann, and Sky Macklay.

CITY. We go out into the city space for an open-air concert performance on the Przyczółek Grochowski, with a script and music by Krzysztof Knittel, as well as four soundwalks in four districts of Warsaw, authored by Krzysztof Marciniak and Joanna Zabłocka.

CLUB. We also invite to the Pardon, To Tu club for concerts of Warsaw Autumn Hits the Club, during which we shall present the aesthetic and cognitive common field of contemporary and club music.

THE YOUNGEST. Also highly recommended are the events of Little Warsaw Autumn. This Festival thread, targeted at children aged 2 to 12 (but not only), this year features music by composers also present in our main thread, in order to showcase their creative exibility and alter ego of sorts.

AND MORE. The Festival is also significantly enriched by fringe events, including the conference Warsaw Autumn Festival – Its Role and Significance for the Musical Life of the Countries on Both Sides of the Iron Curtain (and After its Fall), organised by the Institute of Art of the Polish Academy of Sciences; the jubilee concert of the grand dame of the European music scene, Doina Rotaru, organised by the Romanian Institute; No-One Show, a musical show with VR authored by Jerzy Bielski; the first performances of Puppets, a stage work written and directed by Michał Zdunik at the Komuna Warszawa Theatre; the #Electrophonia concert featuring new electronic music by students and graduates of the Chopin University of Music; a concert by the Sinfonia Varsovia String Quintet with works by Krzysztof Penderecki, Tadeusz Baird, and the world premiere of a quintet by Ignacy Zalewski; and finally, 8th Performance for Sounds, dedicated to the work of Roman Haubenstock-Ramati. 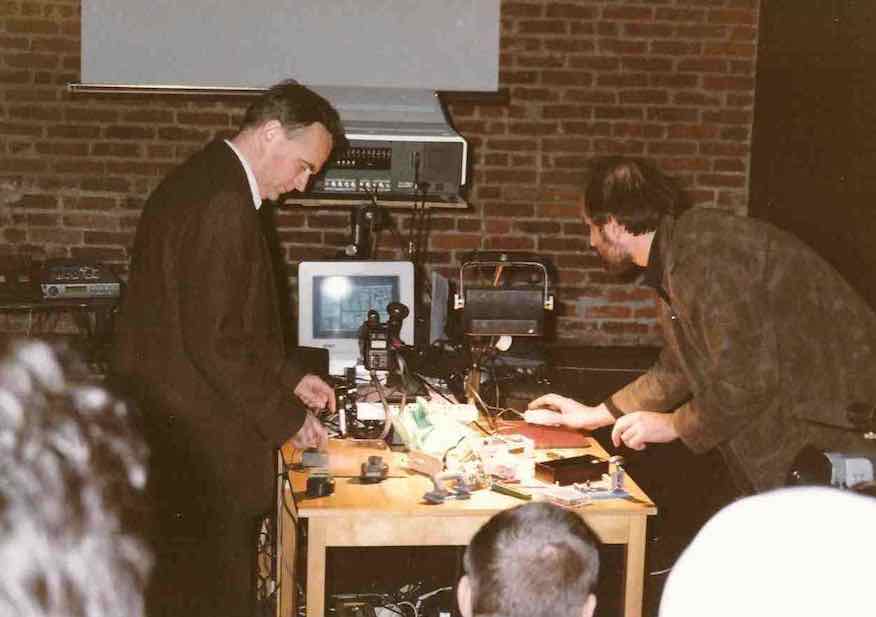 PLACES. We shall be present in many venues throughout Warsaw: the Warsaw Philharmonic, Fryderyk Chopin Music University, ATM Studio, Garnizon Sztuki, Komuna Warszawa Theatre, Pardon To Tu, Praga Museum, Nowy Świat Muzyki, Ujazdowski Castle Centre for Contemporary Art, State Music School Complex no. 1, Academy of Fine Arts in Warsaw, Austrian Cultural Forum, and the open-air space of the Przyczółek Grochowski, public spaces in the centre of Warsaw as well as Żoliborz, Wola, and Praga districts. Festival events are broadcast on the internet.

The Festival’s programme is subject to change.